Gary was a member of a local Methodist Church somewhere in the North-West of England where I served as Minister. One Tuesday night, over a post football pint, Gary told me that he’d just had the best and worst day at work. Gary bought and sold copper for an automotive parts manufacturing company who in turn were owned by a much larger conglomerate. The day in question he had made a clear million dollars profit for that multi-national enterprise. He was likely to be employee of the month. “Well done,” I said, “So, what’s up?” He explained the circumstances and context which had led to such financial success. Copper miners in Mexico were on strike over safety conditions following the deaths of a significant number of their colleagues in a mining accident. The strike had led to less raw copper being available to the market. This scarcity had led to its price rising. Which had led to Gary choosing the right market-moment to sell and make a massive profit. And, he told me, those miners were paid a pittance – a few dollars a day. “What should I do?” asked Gary. “I need to pay the mortgage but how can I stay and be part of that?”

A million-dollar profit made off the back of a mining accident in which poor workers were injured or lost their lives.

Gary agreed to share his story and dilemma with the congregation on Sunday morning. “What can we say or do to help Gary?” I asked those gathered for worship. There was a long, weighty, impotent silence. Then someone spoke up, half-jokingly: “We’re just glad that’s Gary’s problem and not ours!”

What’s our place in the world?

With the profiteers or the poor or both?

With Gary and his dilemma or are our own problems enough to handle without having to think too much about anyone elses’?

Is it more important to be employee or the month or to be true to one’s values and beliefs? Should I stay or should I go? Do nothing or change everything?

Soon after, Gary left that company.

Last November, one evening, I sat in a Methodist Church in Glasgow listening to a small delegation from Fiji share how rising sea levels are destroying coastal communities, sweeping away homes and burial grounds. Folk who have only known fishing passed on from generation to generation forced to move inland where a boat is of little use.

Sustaining God, in November, we witnessed how, at great cost and with great urgency, the leaders of our species and those with concern for their common home gathered in Glasgow.

We ask for your welcoming, affirming presence in the many layers of gathering and scattering which were part of that event.

Give to those who make decisions a freedom from the burdens of a past which have pushed us to this cliff-edge.

Give a dawning vision of your offer of healing greater than the blocked horizon of what it might cost.

Argue and wrestle with the powers and principalities of expediency and despair.

Open every human ear to the voices of the Earth, and of sisters, brothers, siblings who already suffer sharply.

Save us from the despair of complacency and the toxic temptation when the visitors have departed to embrace ‘business as usual’ for that ‘normal’ has gone.

And our only future will be in wakefulness trust, hope, yes, joy as we live out your love for the Earth we are part of through your Word made Flesh Jesus, our Friend. Hosanna- God help us! AMEN 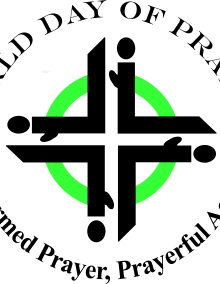